Wrestling Is for the Craft, Not the Glory 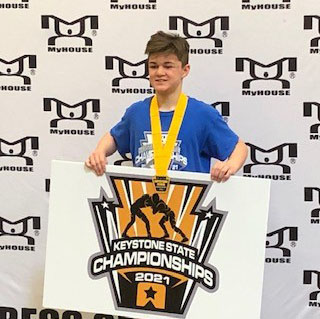 When PA Cyber seventh grader Logan Stewart won his first state wrestling title last April after six years of competing in states, he didn't revel in his victory for long. He simply went to wrestling practice the next day where his coach's and peers' focus had already shifted to preparing for the next season. But that's just how wrestling is. It's done for the craft and self-satisfaction, not for the glory and attention. "I want to win for myself. I want to be the best," says Logan, a resident of Lake Latonka. He competed in the 12-years and younger 90-pound bracket at the Keystone Wrestling Youth/Junior High State Championships in Monroeville.

Attending PA Cyber affords Logan and his family extra flexibility around training and competitions. During the weekdays, he joins virtual classes in the mornings, works out at a gym in the afternoons, and attends wrestling practice in the evenings. His mother likes that they receive quick responses from his PA Cyber teachers and staff, and she feels the teachers challenge her son academically.

In wrestling, competitors are grouped by weight. As he and his peers hit inevitable growth spurts, they find themselves matched against different rivals each year. In high school, a freshman can wrestle a senior if they are in the same weight bracket. They generally follow a regimented diet to maintain their weight.

Pennsylvania is a highly competitive state for wrestling, and wrestlers from all over the country come here to see how they stack up. For example, at an annual event called the Pittsburgh Wrestling Classic, all the best junior high and high school wrestlers in Pennsylvania (Team PA) competed against the best wrestlers from across the country (Team USA). At the April 2021 competition, Team PA won.

"People think you go to a tournament and win a small trophy, but there's a lot more to it than that," says Logan.

The world of wrestling is a close-knit community among all age groups. Many of the kids know one another from state competitions. Wrestlers on college and Olympic teams often train younger wrestlers by holding summer camps, coaching, or hosting their own wrestling clubs. This culture allows for younger wrestlers to spend time with athletes they admire, unlike other sports where their role models may be less accessible. For example, Thomas Gilman, who will represent the U.S. at the Olympics this summer, drove Logan to a camp that he was hosting about 1.5 hours away from Logan's home.

His goal is to win a state title next year in the middle school bracket, but his goals are set further beyond that. "In PA, if you win a state title in high school, you could probably go to any college you want." Logan knows his wrestling success also helps his future educational prospects. 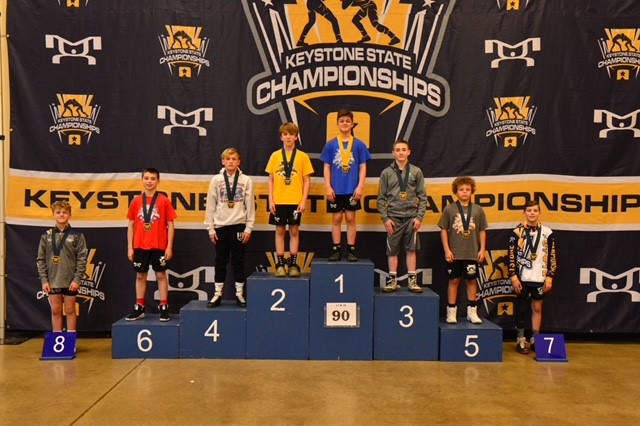