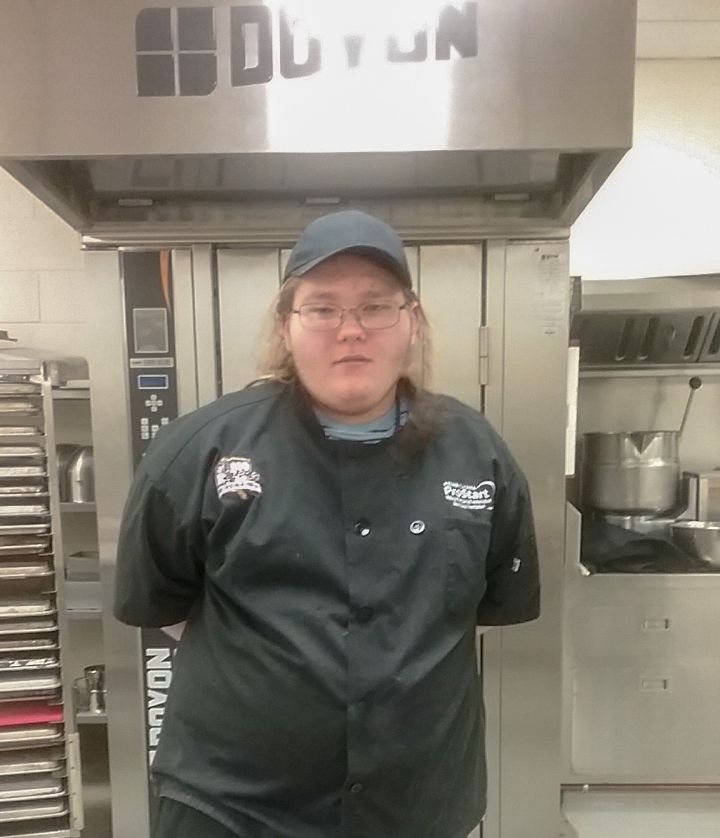 PA Cyber junior Stephen Machuta will cook on the world stage in Walt Disney World this spring, when his culinary arts team competes against young chefs from around the globe.

Machuta's five-member ProStart competition team is invited to the 2020 "Cook Around the World" contest April 24-27 to test their chops against other teams at the Disney resort in Florida. The international culinary challenge is a blind cook-off, meaning teams won't know ahead of time what they'll be making. Teams at the Culinary Improv will be separated into regions from around the world and will have to create dishes in their region's cuisine, with only an hour to strategize before cooking begins.

"I'm very excited about the trip," said Machuta, 18, of Johnstown. "Everyone on my team I am on works really well with each other and this will be an awesome experience for all of us."

Renowned chef Alex Guarnaschelli, who has appeared on the "Food Network Challenge" and as a judge on "Iron Chef" and "Chopped," is scheduled to be this year's celebrity guest and head judge. She will interact with and give professional tips to students. While offering insight, she will also take notes on techniques, skills and teamwork.

Participants also will hear from culinary colleges and universities about career options and have the chance to win plaques and other prizes.

"He's a little bit scared of getting on an airplane because he's never flown, but he can't wait," said his mother, Amanda King. "The kids on the team have been working so hard preparing and fundraising and it just shows all of us how bad these kids want this opportunity."

King said her son has been cooking for years and "pretty much cooks dinner every night," everything from homemade chili and chicken alfredo to pork chops with mashed potatoes.

"He outcooks me," she said. "When I make steaks, they're an inedible, rubber mess. His are tender and juicy."

Machuta's ProStart team is made up of culinary students from the Greater Johnstown Career and Technology Center, which he's attended as part of his Individualized Educational Plan, or IEP, since his sophomore year.

"In 2019, I received an email to see if we were interested. Through many discussions, we started raising money and selecting students to participate," said Chef Lisha Knapp, who will travel with students and two other chefs. "There will be approximately 450 students competing this year. The students are from all over the world, not just the 50 states."

Between practicing for competition and schoolwork, the group is fundraising to cover costs. In January, they prepared 1,500 gobs, also known as whoopie pies, for Gobfest at their local mall and sold out within 90 minutes.

They plan to compete in another contest at the Penn State Conference Center Hotel in State College this winter. Machuta is now trying to perfect scallops for the competition.

"It's difficult to get scallops just right because you can overcook them really quickly," Machuta said, "so the trick is to get a good sear fast and then take them off heat."

Last year, the team, which Machuta hadn't yet joined, came in third place.

Every experience helps them train. The team caters local school district board meetings and other events, as well as hosts culinary nights on the first Thursday of each month. That's when students transform a banquet hall into a restaurant and serve the public while raising funds through 50/50 raffles.

"I go every month, just to support the kids," King said. "It's a wonderful experience for them to really use the skills they have learned, and the public can enjoy a great meal too."

In first grade, she enrolled Machuta in PA Cyber after having issues with his home district and teacher.

"There would be a note from his teacher saying he wasn't doing his work. Some of his papers he brought home had sad faces. But when I would get his report card, he would get outstanding grades."

Through PA Cyber testing, she learned he didn't even have his kindergarten skills. He could have moved on to second grade, but without the fundamentals, he would have been lost. She decided to hold him back a year.

"I have been lucky to get the support I needed at PA Cyber. The encouragement and support from my teachers past and present, from my [Academic Advisor], but especially from my special ed teacher, Kinsey Cherok, has really motivated and inspired me," said Machuta, whose younger brother, Ethan, also attends PA Cyber.

Machuta has ServSafe food prep qualifications and could work in a restaurant. He will graduate with a culinary certificate and is thinking about possibly going to culinary school or his local community college, which King said has one of the best culinary programs in the area. He is also considering a program at the career and technology center, referred to as a 13th year at school, where students return after graduation to pursue an advanced culinary program.

"Stephen is a motivated student. He follows instructions and is a great team player," Knapp said. "He practices his skills daily and has expressed an interest in continuing in this career path."

"Cook Around the World" gives students like Machuta the chance to explore the culinary and hospitality industries as a possible career path. They'll be able to participate in a career forum and partake in a question-and-answer session with Guarnaschelli, who will discuss her professional journey and life as a celebrity chef.

And of course, there will be a few days to explore Disney's theme parks. 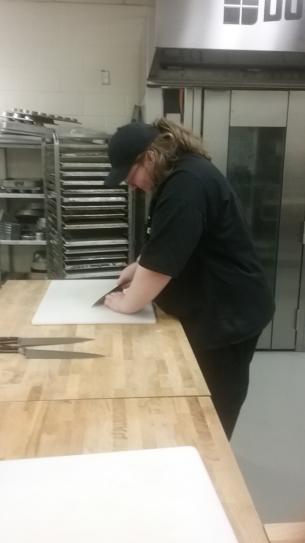