PA Cyber high achiever’s efforts add up and pay off 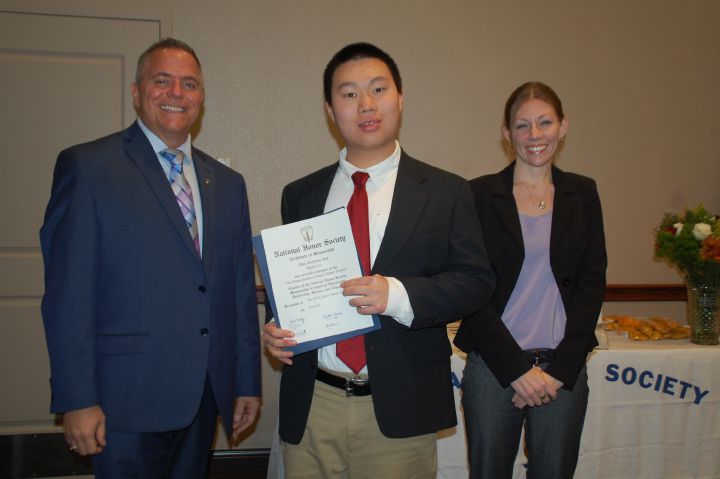 Nobody was surprised when Henry Li earned the highest score on his Math II SAT. After all, the Lehigh Valley junior is a bright, highly motivated student with a litany of scholastic achievements under his belt. There was an air of giddiness, though, when they learned just a few months later that he also scored 800 on the Physics SAT.

“We were not stunned,” Mike Hissam, director of gifted and talented services at PA Cyber, said. “We were elated for him.”

Obviously, Henry was happy to get the news. He said he felt calm, as if he had just received a grade in a course.

“It was an outcome of my school providing a unique study environment,” Henry said.  “I am grateful to the gifted department for promoting academic growth. It was also the culmination of hard work.”

Hissam said it was a proud day for his department and the school upon learning of 16-year-old Li’s success on the exams, especially in the wake of hearing he had been selected to the 2019 World Science Scholars, an elite group of 30 students representing 13 countries who have demonstrated extraordinary mathematical talent.

Opportunities like these are rare for high school students, and Li’s dad is hopeful they’ll contribute further to his son’s accomplishments and future endeavors.

“Listening to classes from top scientists, including a Nobel laureate, and asking them questions really opened my horizons,” Henry said.

Just last summer, Henry took a course on relativity and quantum mechanics, which was offered by the World Science Scholars and taught by a Columbia University professor.

In 2016, Henry was invited to the Grand Award Ceremony hosted by Johns Hopkins Center for Talented Youth and was accepted as a member of the Julian C. Stanley Study of Exceptional Talent of the CTY.

In the midst of all this, Henry attends school. The Hellertown junior has been a student at PA Cyber for eight years.

“He loves all the courses offered at PA Cyber,” the senior Li said. “Henry is proud of being a student at PA Cyber and is grateful for the opportunities of academic growth there.”

In 2018, Henry joined the school’s chapter of the National Honor Society. He also enjoys swimming and participates in extracurricular programs Students Helping Students and IMPACT.

“I have no doubt that Henry will do incredible things,” his gifted facilitator of five years, Amie Waddell, said. “He is remarkably talented, primarily in mathematics and science, and he is a brilliant pianist.”

Henry was invited to honors recitals by the Lehigh Valley Music Teachers Association, which gave him superior plus ratings in their Achievement Awards auditions. He also performed several times at Bethlehem Musikfest, one of the nation’s largest and most diverse music festivals, attracting nearly a million visitors.

“His playing takes my breath away,” Waddell said.

Henry says that he plans to study either physics or mathematics in college; in the future, he would like to teach or conduct research.

“At our most recent in-person meeting,” Waddell said, “I spoke with Henry about physics and his plans for the future. I couldn’t help but think that Henry will become one of the next great minds like Stephen Hawking or Richard Feynman,” Waddell said.

“As his parents, we wish he will pursue what he likes,” Edward Li said.